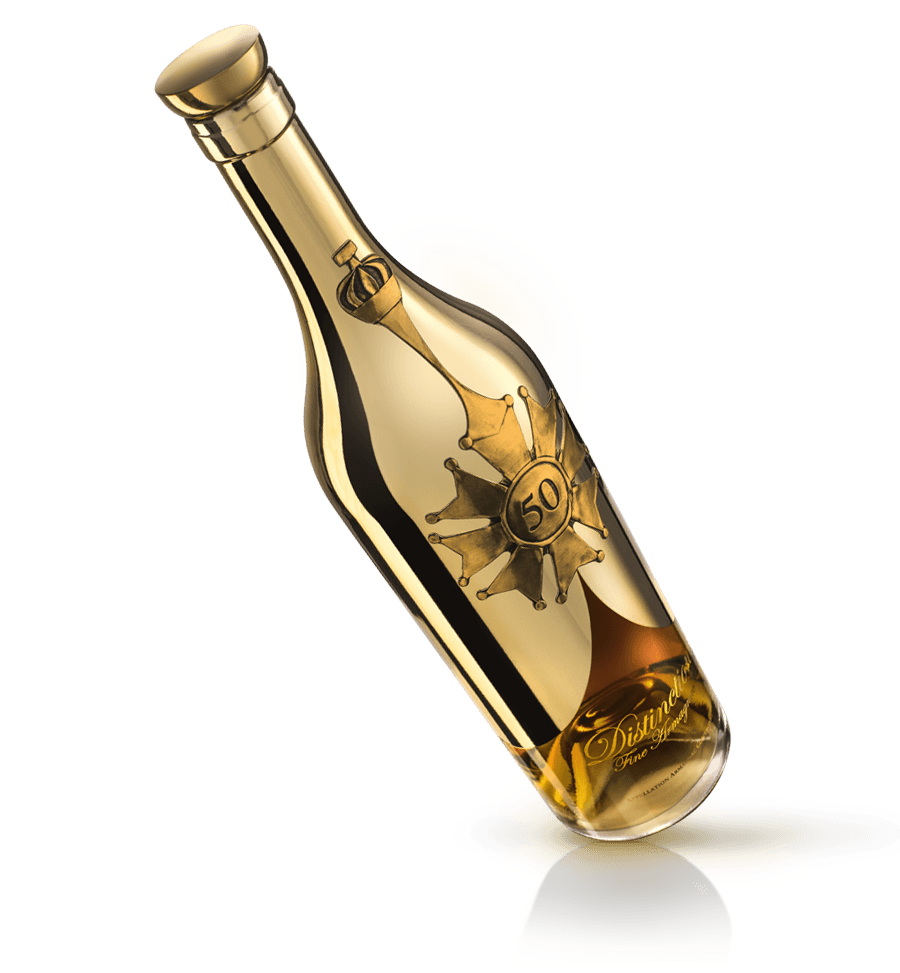 Whilst travelling the Gers, a whisky loving Scotsman fell in love with the locally produced armagnac. Although not as well known as cognac, this luxury spirit is the oldest brandy distilled in France with a deep and rich heritage. So building on the old alliance between France and Scotland, our Scotsman decided to bring this well-kept secret to the world.

Sourced from only the finest grapes and distilled from a unique eaux-de-vie at least half a century old, Distinction Armagnac is one of the world’s finest armagnacs, luxurious and exquisite. From the first selection of the grapes to the hand labelling and bottling process, each bottle is prepared with only the finest ingredients and materials.

Whether it be for business or a romantic dinner, there is no better form of distinction

Exceptionally rare and unique, Imperial 8 is a luxury armagnac for the connoisseur and the privileged. Distilled only in the Gascony region of France and from a secret concoction of eaux-de-vie, the youngest of which is at least half a century old, we believe this seductive and refined armagnac should be reserved for the important person in your life.

A prestigious spirit and an exquisite experience, Royal 8 is prepared with only the finest ingredients and materials. Specially selected from twenty five year old oak casks in Gascony by our diligent cellar masters, each bottle makes an exceptional gift or the perfect addition to any business dinner or private party.

Born under the warmth of the southwestern French sun and distilled only in the Gascony region of France, our rare armagnac is destined for greatness from the moment the grapes are grown. Close to the foothills of the Pyrenees Mountains, the soil in Gascony offers a truly unique mineral content which, when paired with the beautifully warm summers and mild winters, creates the perfect recipe for distinction.

Unlike cognac, armagnac is prepared from one distillation of the grape as opposed to two which results it in it being smoother and more refined on the palette. Fewer distillations also allow armagnac to embody a fuller, more complex flavor than cognac. Only the finest grapes are hand picked to become the world’s most desirable armagnac.

While less well known than cognac, armagnac has a renowned and distinguished history. The oldest form of brandy to emerge from France, armagnac was first crafted in the 14th century and soon became known for its seductive and refined taste. In fact, Prior Vital Du Four, a French cardinal, delighted in it supposed therapeutic benefits and once claimed it had 40 virtues.

Popular in France since its creation, armagnac didn't gain worldwide popularity until between the 15th and 17th centuries when Dutch merchants began promoting it worldwide. Since then, the spirit has become known for being distinctive and luxurious, with armagnac being to cognac what malt whisky is to blended whisky. Seven hundred years since armagnac was first distilled, Distinction Armagnac was born.

For questions about orders or for any general enquiries, please contact us via email at:

If you would like to be a distributor or partner of Distinction Armagnac, please contact Dalila Benaissa via dalila.benaissa@distinctionarmagnac.com